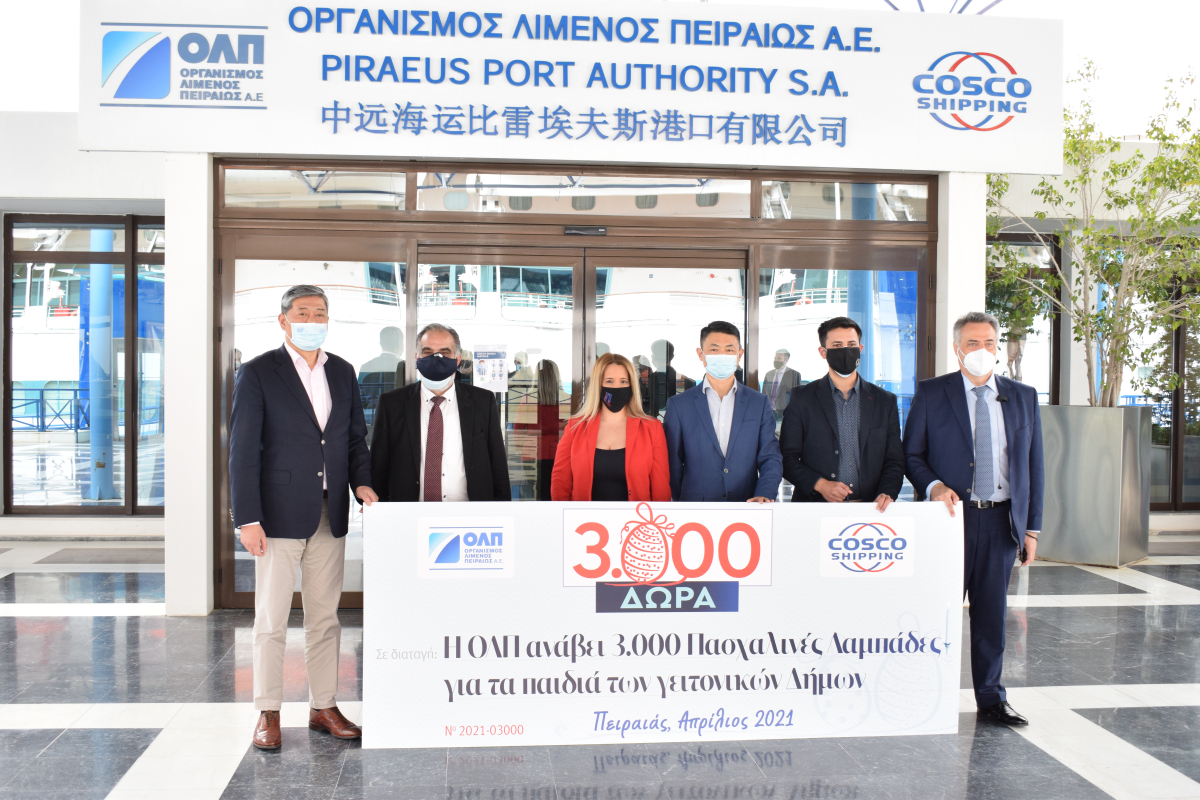 PPA S.A. offered 3000 Gifts to the Children of the neighboring municipalities on the occasion of Easter

PPA S.A. offered 3000 Gifts to the Children of the neighboring municipalities on the occasion of Easter

Following the Christmas gifts donated at the end of 2020, PPA SA offered again 3000 gifts in view of the Easter holidays, for the children of financially weak families in all the neighboring Municipalities. On April 13th, 2021 the delivery ceremony took place in the presence of the Municipality representatives from Piraeus, Perama and Salamis.  The gift cards were handed over by the PPA Acting CEO Mr. Zhang Anming and the Senior Management of PPA SA. On behalf of the Municipalities, the Mayor of Perama Giannis Lagoudakis, the Vice Mayor of Piraeus Charalambia Zilakou and the Vice Mayor of Salamis Pantelis Dioletis were present.

As it is known, PPA SA in the context of the Corporate Social Responsibility organizes a series of actions and activities towards the weak groups of the local communities especially during the Christmas holidays. This year, for the first time, it decided to expand its action plan for the Easter period. At the same time, it continues to support the meals distribution of the Holy Metropolis of Piraeus and the social groceries of the neighboring municipalities.

The PPA S.A. Acting CEO Mr. Zhang Anming addressing warm wishes to all, stressed that: “PPA SA with a sense of responsibility and solidarity, decided for the first time to support the weakest groups of local communities during the Easter holidays, proving in practice its active participation in the joint effort for a better tomorrow ".

PPA wishes happy Easter for all the children and people leaving in all surrounding municipalities!