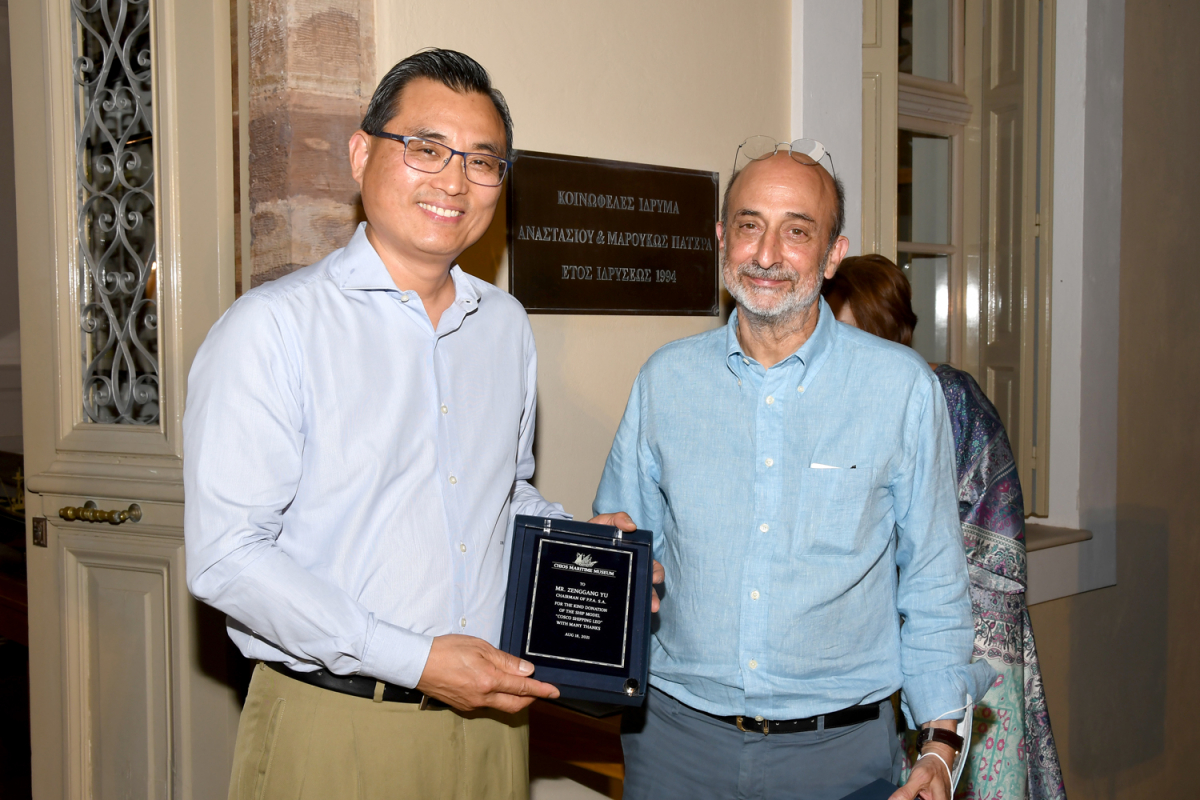 Greece and China excellent cooperation with outstanding achievements for Shipping

August 18, 2021. A model of a container transport ship was offered by COSCO SHIPPING to Chios Maritime Museum during an official visit of PPA’s S.A. Chairman to the island of Chios.

The gift was handed over to the Maritime Museum by PPA’s Chairman Mr. Yu Zenggang, following an initiative adopted by the former H.E. Ambassador of China to Greece, Mrs. Zhang Qiyue.

Chairman Yu Zenggang, just after his guided tour through the museum’s halls provided by the President Mr. Kosta Lo, he addressed a greeting, highlighting the long maritime tradition, history, and heritage of Chios, along with the great contribution of the island in the shipping industry, both in Greece and worldwide, until our days. At the same time, he added that Greece and China have been pioneers through the years and they both have an in-depth knowledge of maritime and therefore owe to be at the forefront of the sector’s future developments globally.

Finally, he referred to the large investments and the Port of Piraeus modernization by COSCO SHIPPING and PPA, saying characteristically that “PPA and COSCO SHIPPING have delivered significant work in the Port of Piraeus in the last years. We have established an excellent cooperation and close relationship with Greece, alongside implementing significant investments, while we continue with our dynamic investment path with the aim to transform the Port into one of the biggest commercial centers in Europe and globally. The Port of Piraeus offers today high-quality cruise and coastal shipping services and it has been evolved into a top European passenger transport port”.

View the embedded image gallery online at:
https://www.olp.gr/en/news/press-releases/item/12522-ppa-symbolic-gift-by-cosco-shipping-to-chios-maritime-museum-ppa-s-chairman-greece-and-china-excellent-cooperation-with-outstanding-achievements-for-shipping#sigProId552b76fbd9
back to top