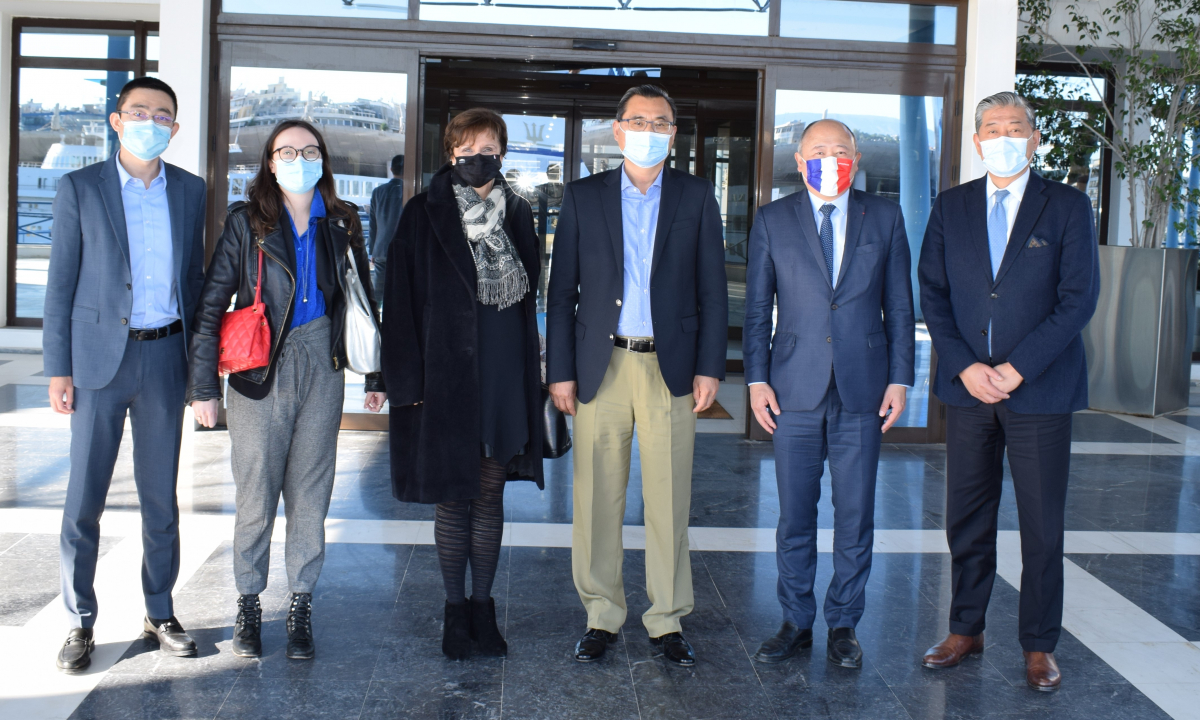 Wednesday, December 8, 2021. PPA S.A. had the honor of receiving at the company’s headquarters the visit of a three-member delegation from the French National Assembly, Mr. Buon-Huong TAN, Mrs. Berengre Poletti, and Mrs. Maxine Gayraud.  PPA Chairman Mr. Yu Zenggang welcomed and congressed with the delegation members.

During the meeting both parties had a constructive discussion and views exchange over various topics of concern. Part of the discussions revolved around the significant investments implemented at the Port of Piraeus, turning it into one of the most state-of-the-art European Ports, along with the achievements of the management and its solid contribution to society. After the meeting, a tour through port facilities was conducted, in which the delegation was introduced about the operation of the port and its important role in the development of the Greek economy.