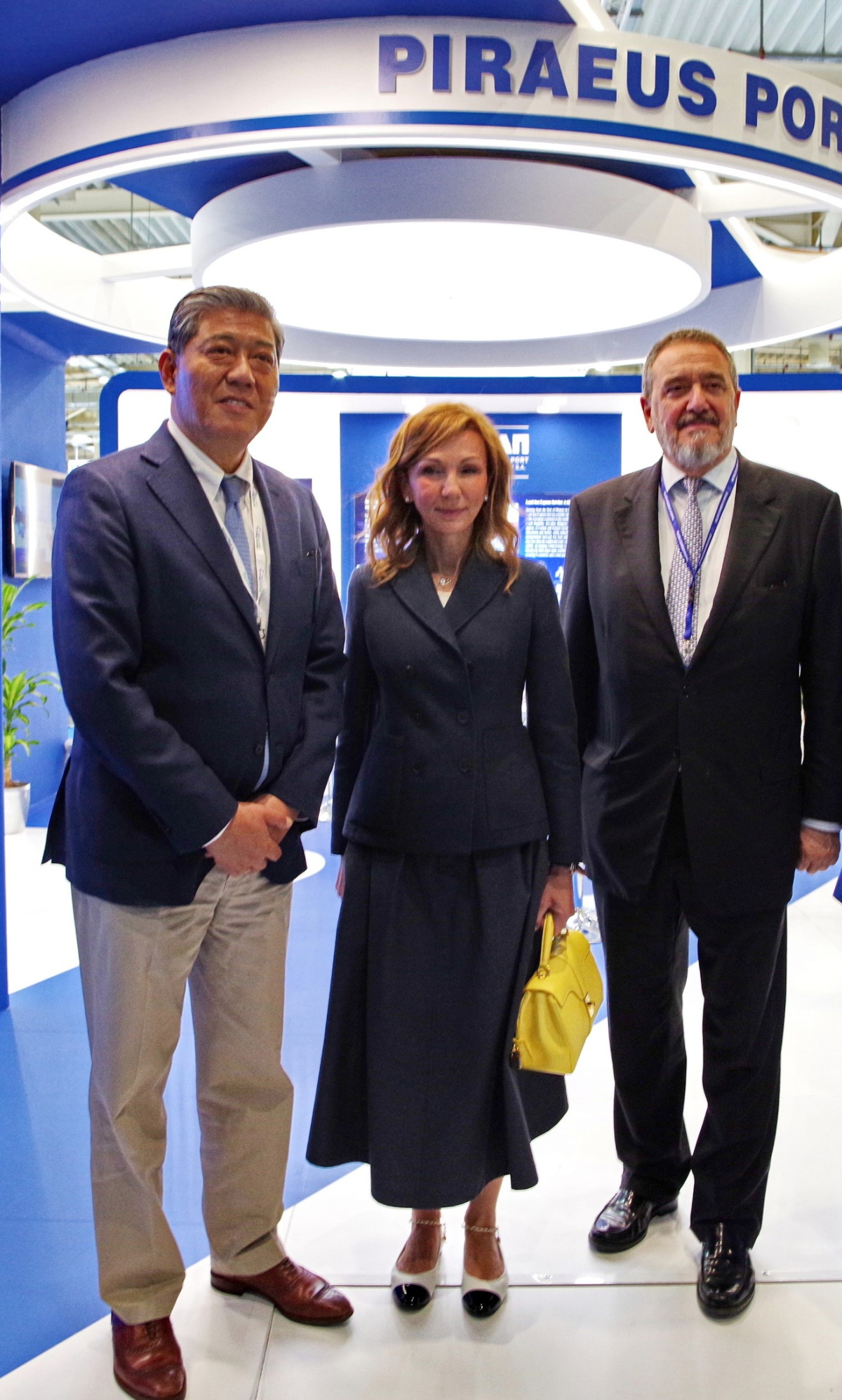 PPA S.A.: A strong presence also at this year’s Posidonia

PPA S.A.: A strong presence also at this year’s Posidonia

17 June 2022. PPA S.A., one of the most significant companies in the global maritime industry enjoyed a strong presence at the Global Shipping Exhibition Posidonia 2022, demonstrating the state of the art, holistic services provided at the Port of Piraeus. Throughout the exhibition PPA representatives and management held important meetings and engaged in key discussions and opinion exchange with numerous stakeholders of the port industry.

It is worth mentioning that, among others, the company’s booth visited the Prime Minister, Kyriakos Mitsotakis, the Minister of Maritime Affairs and Insular Policy, Ioannis Plakiotakis, China Ambassador to Greece, Xiao Junzheng, Piraeus Mayor, Ioannis Moralis, the President of the Union of Greek Shipowners, Melina Travlos, the Chairman of the Hellenic Chamber of Shipping George Pateras, governmental and other officials as well as media representatives. All guests received a warm welcome by PPA’s Chairman Yu Zenggang and could discuss the key issues of the industry, about climate change, energy transition etc.

Finally, it is worth mentioning, that even before the official opening of Posidonia 2022, the company could deliver another highlight, namely a trophy for the company’s Sailing Team, taking the 3rd position at the prestigious Posidonia Cup Yacht Race, joined for the first time by PPA employees. The company is especially proud of this result, reflecting its hard-working, goal driven, team-spirited mentality generating also at this level amazing results.

Piraeus Port Authority S.A. is an Athens Stock Exchange listed company engaged in the management and operation of Piraeus port, Greece’s largest port and one of the largest integrated harbours in Europe, providing a complete range of services. Some of the company’s activities involve cruise, coastal (ferry/passenger), container and car terminal services, as well as general cargo, ship repair, logistic and free zone services. The main shareholder of Piraeus Port Authority S.A., with a stake of 67 percent, is COSCO SHIPPING, one of the largest maritime companies in the world.

Over the last decade the company has experienced a remarkable growth in all port activities, which is still underway, largely contributing to the country’s economy, while driven by green development and increased digitalization, alongside a people-first approach and a spirit of giving back to the society.

PPA holds the ''ECO PORT'' PERS status, is included in the Athens Stock Exchange ESG index and is one of the “Most Sustainable Companies in Greece 2022”.

View the embedded image gallery online at:
https://www.olp.gr/en/news/press-releases/item/12854-ppa-s-a-a-strong-presence-also-at-this-year-s-posidonia#sigProId5f9b7d591f
back to top